Temperate  and boreal rainforests grow discontinuously in the wettest and least fire susceptible parts of the Atlantic coast of Nova Scotia north to southern Labrador (43°─52° S) and on the Long Range mountains of the Avalon Peninsula of Newfoundland and the Laurentian and Appalachian highlands of eastern Quebec. This latter east-west expanse includes the Chic-Choc Mountains of the Gaspé Peninsula, the Kedgwick and Miramichi highlands of New Brunswick, and the Cape Breton Highlands of Nova Scotia. Similar forests also occur as “mountaintop islands” in the spruce-fir zone in the Appalachians Mountains of the United States as far south as the Great Smoky Mountains. 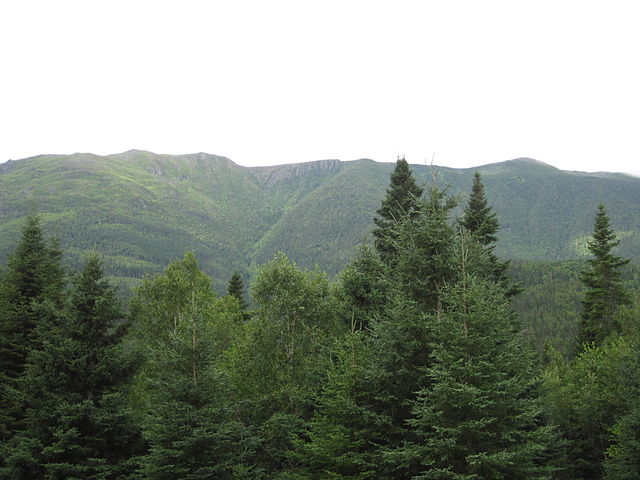 Mount Albert in the Chic-Choc range in the Gaspésie National Park in the Gaspé Peninsula of eastern Quebec.
Courtesy Fralambert [CC BY-SA 3.0 (https://creativecommons.org/licenses/by-sa/3.0)]

Climate. These forests are impacted by the prevailing westerlies moving eastward across the North American continent. Frontal precipitation dominates and northeast tracking systems bring the greatest amounts of moisture to the north shore of the Bay of Fundy and the Atlantic slope of Nova Scotia and southern Newfoundland. The climate is classified as perhumid: precipitation exceeds evapotranspiration throughout the year. Annual totals vary from about 56 inches on the coast to about 40 inches inland. Additional moisture derives from sea fog. Southern and eastern Newfoundland have one of the foggiest sea-level climates in world; offshore the cold arctic waters of the Labrador Current converge with warm Gulf Stream water over the Grand Banks.

Predominantly continental airflow means wide seasonal temperature ranges, unusual in coastal rainforests. Long  winters and cool summers (Koeppen humid continental, Dfb, and subarctic, Dfc climates) are the norm. While the Atlantic waters and the Bay of Fundy remain ice-free in winter, the Gulf of St. Lawrence freezes over. Snow and snow melt are significant factors in the annual water budget.

Soils. This region was covered by great ice sheets during the Pleistocene so soil development is recent. Young, nutrient-poor soils derived from glacial till underlie most of the area. Poorly drained areas host peatlands. 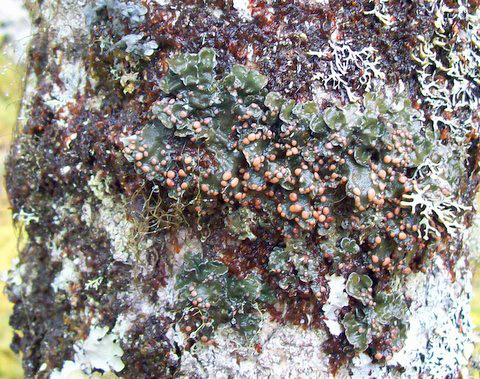