The 2019 GeoBee was held on March 29 at Longwood University in Farmville. This year’s State Coordinator was Kathryn Jefferson of the Fuqua School, Farmville. Moderator for the finals was Dr. Matthew Geike, College of William and Mary.

The top ten finalists were

The winning questions was: What is the name for the underground tunnel system invented in ancient Persia to carry water from mountains to lowland arid agricultural areas?*

The winner of the State Finals was Anish Sasarla of Leesburg, VA, Belmont Ridge Middle School. 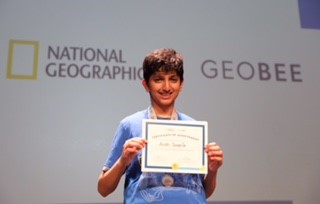 Anish Sasarla has been in the top ten of the competition for four years and was a previous (2017) winner of the Virginia State Geography Bee. 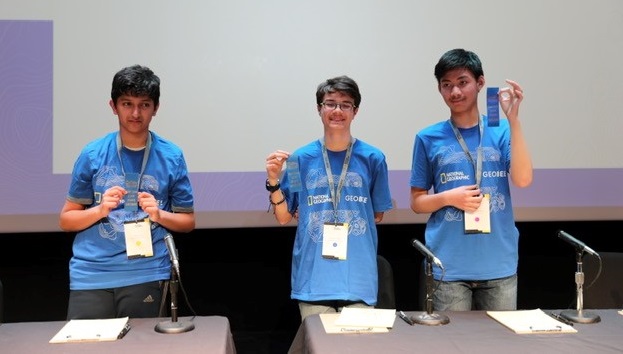 Congratulations to all participants!

Good luck to Anish in the National Championship held at National Geographic Society headquarters in Washington, D.C., May 19-22, 2019