First discovered in 1983 off the Gulf Coast of Florida with the aid of the research submersible, ALVIN, cold seeps are now known from all oceans. They occur at tectonically active places in the seafloor where hydrogen sulfide, oil, highly saline water, and methane leak out to form brine pools. The reaction between seawater and methane, coupled with bacterial activity, leads to the production of carbonate rocks and reefs. 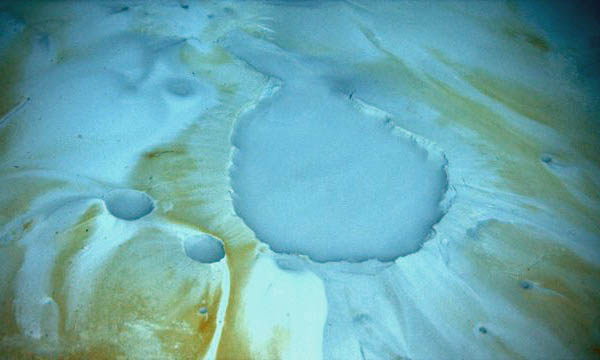 Methane is initially the main energy source for the cold seep community as bacterial mats metabolize both methane and hydrogen sulfide. Early on, symbiotic methane-oxidizing bacteria allow dense mussel beds (Bathymodiolus spp.) to develop. Bivalves from 4 other families also occur. As carbonate rock forms, it permits the establishment of tubeworms that have bacteria in their tissues requiring hydrogen sulfide. The tubeworms are able to “mine” hydrogen sulfide from the substrate to supply their symbionts. There are also free-living sulfur-oxidizing bacteria (Beggiatoa spp.) occurring as mats. 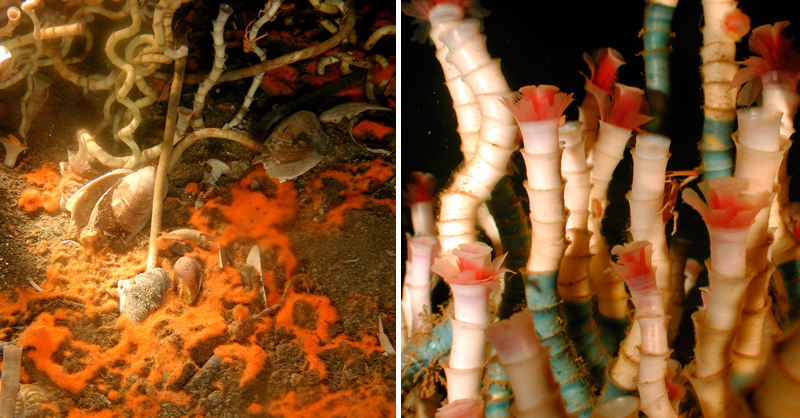 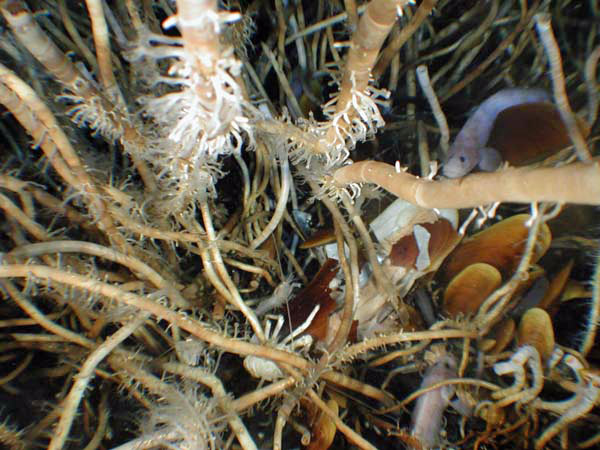 A cold seep community at a depth of 9,800 ft below sea level in the Gulf of Mexico includes tubeworms, soft corals and chemosynthetic mussels; eelpouts, a galatheid crab and a deep-water shrimp. (NOAA)

When methane seepage decreases, the mussels die off and tubeworms become dominant. In turn, as the seep becomes inactive, the tubeworms, too, disappear. Cold-water corals, settling on the carbonate deposits, take over once the seep community is gone. In the North Atlantic, Lophelia pertusa, unusual in that it lacks xoozanthellae, is a common deep-water coral. 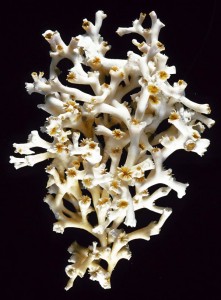