Subtropical and temperate rainforests occur in discontinuous patches along the Great Dividing Range and Great Escarpment of southern Queensland and New South Wales (roughly 27°54′ S ─ 32°14′ S). It is believed these stands represent the forest that once covered almost all Australian parts of the ancient supercontinent of Gondwana. Many of these forest remnants are situated along the Queensland/New South Wales state border; important outliers occur in the New England range of eastern New South Wales. Western limits appear to be determined by aridity and frequent fires. They harbor relict plants and animals and others of primitive lineage.

Vegetation. Five variations of rainforest are recognized that reflect different climatic conditions related to latitude and elevation as well as differences in soil fertility. Characteristic of all are two Gondwanan genera of plants: Araucaria, primitive gymnosperms, and Nothofagus, the southern beeches. 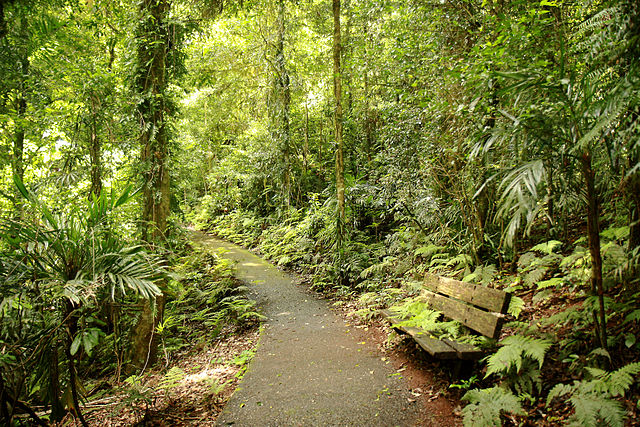 Close to half of Australia’s native plant species are found in these subtropical and temperate rainforests, which cover only 0.25 percent of the land area. There are ferns and conifers from some of the oldest lineages on Earth and members of primitive families of flowering plants. 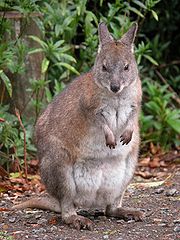 Animal life. About 30 percent of Australian animal species inhabit these forests. among them are two monotremes (the short-beaked echidna, Tachglossus aculeata, and the platypus, Ornithorhyncus anatinus) and 32 marsupials. Among the marsupials are the red-necked pademelon (Thylogale thetis) and the red-legged pademelon (T. stigmatica). Bird families of ancient lineages include lyrebirds (Menuridae), scrub-birds (Atrichornithidae), and bowerbirds (Ptilonorhynchidae). Geckos, dragon lizards, skinks, and snakes number in total 140 species; frogs number 45 kinds, including some relicts.

Gondwana Rainforests of Australia World Heritage Site was inscribed by UNESCO in 1986 and expanded in 1994. It incorporates more than 50 separate protected areas, most of them in national parks. Increasing aridity and fire frequency as the global climate changes threaten these forests. Isolated forest fragments need to connected to preserve evolutionary processes.