Inland Rainforests of the Northwest

Discontinuous stands of temperate rainforest grow in isolated pockets on the windward slopes of the rugged Columbia Mountains (including the Cariboo, Monashee, and Selkirk ranges) in British Columbia and Rocky Mountains in northern Idaho and far southwestern Montana (including the Cabinet, Bitterroot, and Clearwater ranges). They grow primarily  at low elevations; upper elevational limits are 3,300 ft asl in the northern part of the distribution area and about 6,000 ft in the south. Old growth forests (>100 years of age) are concentrated in moist valley bottoms. 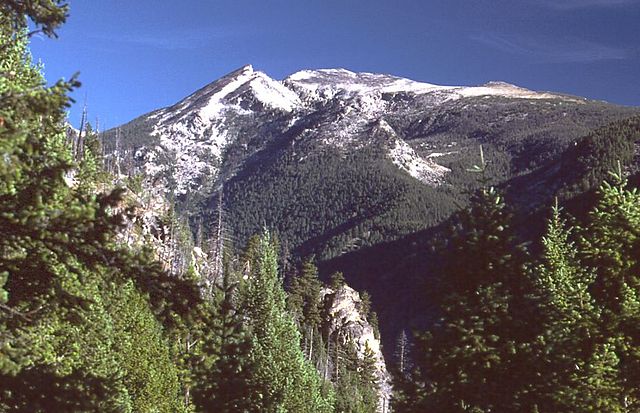 The climate is under both maritime and continental influences. Most of the year moist air comes in from the west off the Pacific Ocean and releases its moisture as it rises over the mountain barriers. In summer, drier air masses approach from Canada and Great Plains, making July and August the driest months. In the valley bottoms, however, soil moisture remains high. Continental influences are expressed through cold winters and a deep snowpack on the high mountains. Snowmelt in spring and summer is an important source of soil moisture. The interior position also results in greater seasonal temperature variation than in coastal rainforests. Typically there are cold winters and warm summers.

Inland rainforest is dominated by western red cedar (Thuja plicata) and western hemlock (Tsuga heterophylla), especially in the oldest stands, where they may be joined by subalpine fir (Abies lasiocarpa). The closed canopy is layered with foliage occurring from the ground up. Trees, shrubs, ferns and lichens show stronger affinities with coastal rainforests than with the surrounding drought-tolerant forests of Douglas fir, western larch (Larix occidentalis), and Ponderosa Pine.

There is a very high diversity of “macrolichens,” large foliose and fruticose species that grow where there is no summer moisture deficit. Indeed the presence of some, such as peppered moon lichen (Stricta fulginosa) and netted specklebelly (Pseudocyphellaria anomala), defines the limits of the inland rainforest. Some lichens in the old growth stands are apparently related to groups known elsewhere only from the Valdivian and/or Tasmanian temperate rainforests. Others are endemic to the inland forests; for example Cryptic paw lichen (Nephroma occultum), pink dimple lichen (Gyalectaria diluta), and brown bead lichen (Schaereria brunnea). Many of the endemics are found in the cedar-hemlock forests of north-central Idaho. 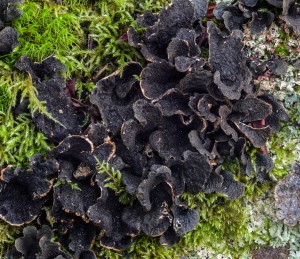 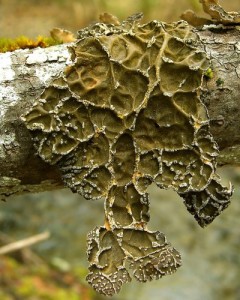 Some lichens in the old growth stands are apparently related to groups known elsewhere only from the Valdivian and/or Tasmanian temperate rainforests. Others are endemic to the inland forests; for example Cryptic paw lichen (Nephroma occultum), pink dimple lichen (Gyalectaria diluta), and brown bead lichen (Schaereria brunnea). Many of the endemics are found in the cedar-hemlock forests of north-central Idaho. 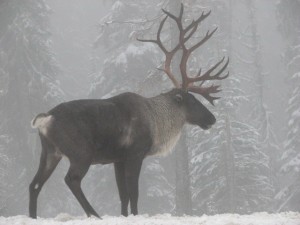 Lichens are important food sources for several large herbivores, among them the flagship species, the imperiled mountain caribou (Rangifer tarandus caribou). Caribou graze alpine pastures in summer for ground-dwelling lichens such as the so-called reindeer mosses (Cladina spp.), but deep snow buries the lichens in winter and forces the caribou to lower elevations. In the old growth rainforests of the valleys, the snowpack allows the caribou to reach horsehair lichens (Bryoriasp.) and witches’ hair lichens that hang from the tree branches. 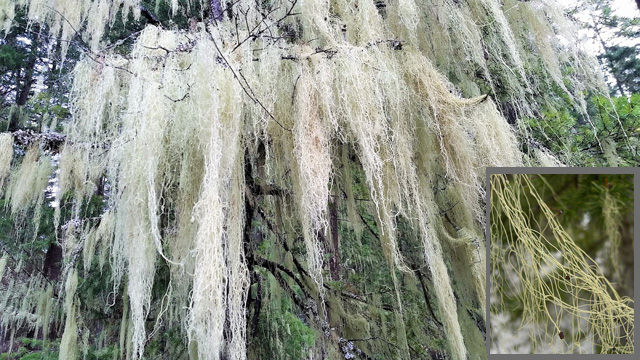 Inland temperate rainforests are being decimated by logging and this is leading to the demise of old growth stands and thus the hair lichens upon which caribou depend. Cutover and young post-logging growth favor other ungulates, such as elk, deer, and moose. These in turn support growing populations of predators, including wolves and cougars. Increased competition and predation further endanger the dwindling mountain caribou population.

A warming climate is also detrimental to the inland forests. Increased frequency and intensity of fires as well as drought are already evident, especially in the southern areas.

This page is available in Russian at https://pngflare.com/ru-inland-rainforests courtesy of Leonid Popov.