Wetlands are defined by the US Fish and Wildlife Service as “lands transitional between terrestrial and aquatic systems where the water table is usually at or above the surface or the land is covered by shallow water.”

The water table is the top of the subsurface saturated zone in which pore spaces between particles or cracks and fissures in bedrock are filled with water, not air.

Wetlands are recognized by the presence of water-loving (hydrophilic) plants, saturated soils all or most of the time, and a cover of standing water at least part of the year. Water levels rise and fall in a pattern known as the hydroperiod. Changes in water level may be related to amount of runoff from surrounding land, the flooding and recession of water in nearby streams, or the ebb and flow of tides farther down an estuary. Hydroperiods are defined as permanent when the wetland is flooded all year. Intermittent hydroperiods are those where standing water is absent only during exceptionally dry years. With a saturated hydroperiod standing water is rare, but the soil is saturated during growing season or even longer. Finally, a temporary hydroperiod occurs when the wetland is flooded for a short time (at least a week) during the growing season.

Water is lost from wetlands by several means depending upon the situation: percolation into the groundwater, evapotranspiration, and/or surface outflow. Water holds and carries nutrients sediments, organic material, dissolved salts, and organisms so its rhythm of ups and downs is important for ecosystem functioning, development, and change.

Wetland soils are hydric soils. The upper layer develops anaerobic (lacking oxygen) conditions during the growing season. This means that decomposition of organic matter proceeds slowly and, especially in regions of low temperatures, more organic material may be added each year than is removed by decomposition. Soils are described as either organic or mineral. Organic soils are composed of >30% organic material. They tend to hold water and be both acidic and nutrient-poor. Individual soil profiles may be described as peats, peaty muck, or muck. The organic content of mineral soils is <30%. They exhibit low permeability; that is, water does not pass readily through them. Anoxic (low dissolved oxygen) conditions develop rapidly during the growing season when they become saturated. Their pH is in the neutral range and nutrient availability can be rather high. Mineral soils assume a dull gray coloration often mottled with reddish areas resulting from iron oxides.

Wetlands occur in every climate region and on every continent except Antarctica. Among the world’s largest are the Pantanal in Brazil, the Llanos in Colombia and neighboring Venezuela, the Pripyat or Pinsk Marshes centered in Belarus, The Sudd along the Nile River in South Sudan, and the Everglades in Florida, USA.

Marshes are dominated by non-woody (herbaceous), emergent plants such as sedges and grasses and short, broadleaved perennials. A great variety of freshwater marshes exists, including wet meadows, wet prairie, playas, and vernal pools. Vernal pools hold surface water in winter and spring, but lose it via evapotranspiration in summer, when the standing water disappears entirely. In eastern North America they are important breeding grounds for salamanders, wood frogs, and spring peepers. 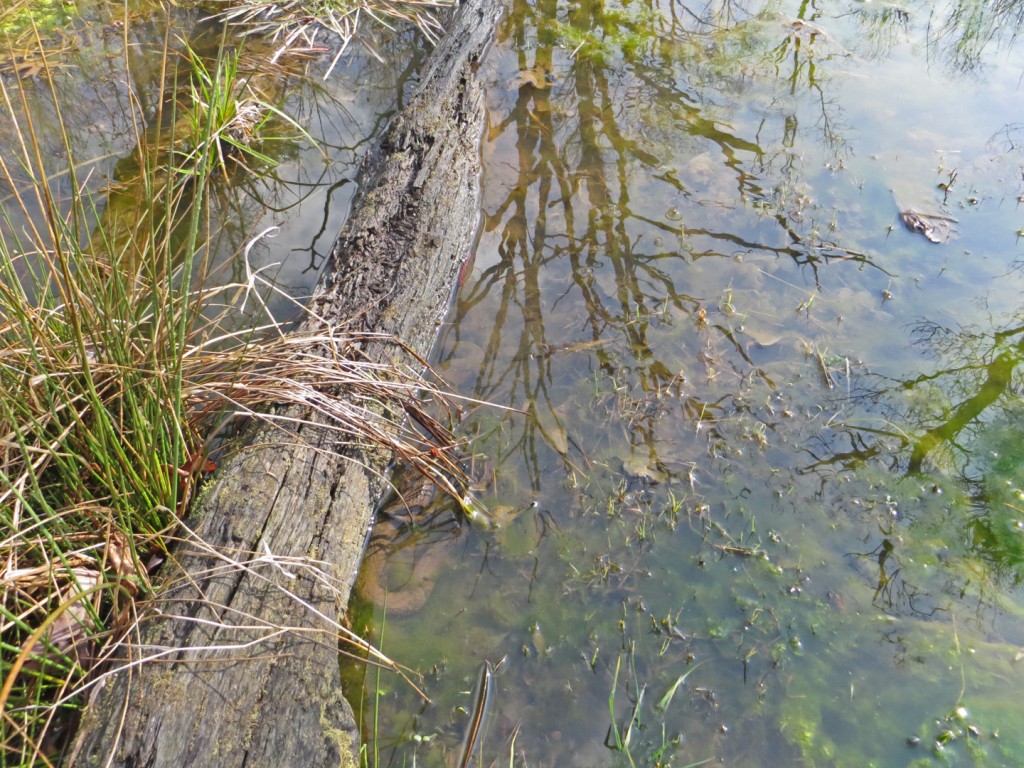 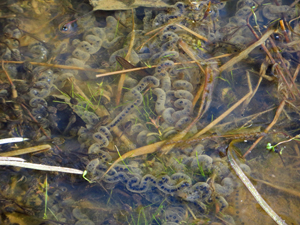 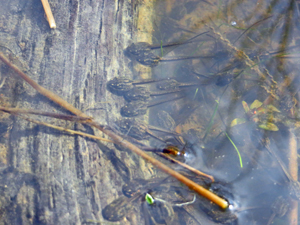 Tidal freshwater marshes have a hydroperiod determined by daily tides. They occur inland from saltwater marshes near the head of estuaries.

Swamps are wetlands dominated by woody vegetation, either shrubs or trees, are classified according to the dominant woody species. For example, In North America, there are cypress swamps, cedar swamps, and red maple swamps. All have mineral soils.

Peat is the partially decomposed remains of dead plants. Leaves and stems can still be identified among the mass of material. Peatlands cover 3% of the world’s land surface and comprise half of all wetlands. They are especially characteristic of the higher latitudes of the Northern Hemisphere, but also develop in the tropics. The Western Siberian Lowlands are the world’s largest tract of peatland.

Bogs are a type of peatland with soft, spongy, organic soils. The “true” bogs of the Northern Hemisphere commonly have formed in depressions and areas of impeded drainage related to Pleistocene continental glaciation. Some actually float on top of ponds, which they cover completely. Native Americans called these habitats “muskeg” or “trembling earth,” because of the rippling affect generated when one walks upon them. Sphagnum mosses are the characteristic vegetation of bogs. Sphagnum absorbs and holds water, helping to perpetuate the environment it prefers. The substrate is acidic and low in nutrients; this prevents many other plants from growing on the bog. However, certain plants are adapted to bog conditions. One group is carnivorous: pitcher plants, sundew, and venus fly traps have mechanisms by which they can trap and digest insects. Shrubby heaths such as bog rosemary, Labrador tea, cranberry, and blueberry may grow throughout the bog. Several terrestrial orchids, including grass pink, rose pogonia, and white and green bog orchids, are also associated with muskeg. Conifer such as larch and black spruce encroach at the edges, forming a ring around the outer margin of the bog.

Fens develop in in surface depressions that fill with mineral-rich surface runoff or groundwater flowing in from the surrounding watershed. They have little or no sphagnum and their peaty soils are less acidic than bogs, sometimes being even slightly alkaline. Vegetation is dominated by grasses and sedges.

The main limiting factors for organisms dwelling in wetlands are low to no oxygen and fluctuating water levels that present extremes of prolonged inundation alternating with long periods of drought. In plants the problem is restricted to the roots, which require oxygen in order to function. Many develop spongy or cork-like tissue (aerenchyma) that contains air-filled spaces between cells to promote the diffusion of oxygen from the leaves to the roots. The roots may end up with an excess of oxygen which can be expelled to create an aerobic microenvironment in the surrounding soil. This oxygen-rich region allows mycorrhizal fungi to flourish and establish a symbiotic relationship with the plant that enhances its ability to draw in nutrients.

Plants of wetlands include upright emergent grasses and forbs; floating-leaved, rooted plants; and woody plants. (See above under “Types of Wetlands” for the vegetation associated with different kinds of wetlands.)

Animals. Insects are abundant, particular aquatic larvae. Adult mosquitos, dragonflies, and damselflies are common. Wetlands can be nursery areas for fish. Among amphibians, frogs, toads, salamanders, and newts inhabit many wetlands. Reptiles may be represented by turtles, snakes, alligators, and caiman. Waterfowl of various species may nest, roost, and/or feed in marshes and swamps. Among mammals, muskrat, beaver, nutria, and moose are associated with various wetland habitats.

Wetlands long been viewed as impediments to human well-being and agricultural and urban land uses. they have been drained and/or filled for millennia. Before microbes were recognized as the cause of many diseases, wetlands were viewed as unhealthy places where bad air would sicken people with malaria, typhoid, and cholera. As a result, wetlands have been destroyed all over the world; and the loss continues, even though benefits of maintaining them for conserving biodiversity and managing water supplies are now well known.

In 1971, at an international gathering in Ramsar, Iran, it was agreed that wetlands were assets and should be protected. By 2014, 169 had countries agreed to the principles of the Ramsar Convention and begun to implement legal protection for important surviving wetlands. The Convention is administered by the United Nations, which maintains a list of “Ramsar sites” or “wetlands of international importance.” Visit their website (http://www.ramsar.org) to see the list and find information on each site.

Note: You can view this page in Hindi as translated by Nikol Barton. Martin Aus has translated the page into Estonian. Maxwell Edward has translated it into Italian at https://fateknoloji.com/wetlands/. It is available in French courtesy of Paul Diaz at https://bordercollietalk.com/marecages/.